Pupils, parents and staff at Eden Girls’ School, Coventry have launched their own ‘bid’ to reach this year’s Olympic games in Tokyo.

But instead of travelling by air, these contenders will be taking on a virtual challenge to collectively run, walk, hop, skip or jump the 9,522 km distance from Coventry to Tokyo.

The challenge was launched in a bid to help the school’s community focus on achieving a more active lifestyle after months of lockdown had led to fewer opportunities for pupils to take part in sports and activities. 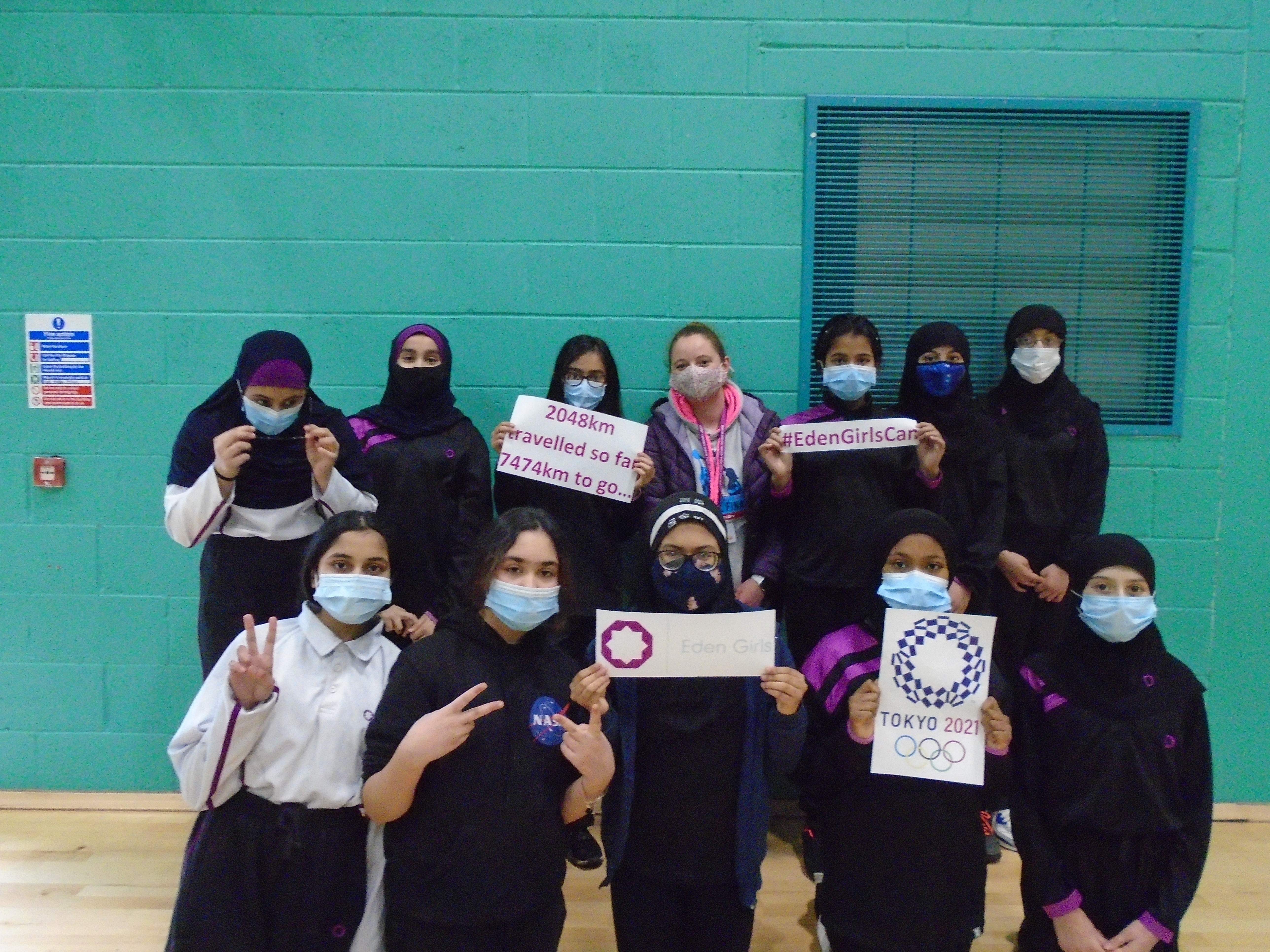 The school’s Tokyo challenge has even won the support of local former Olympian and middle and long distance runner, David Moorcroft OBE.

Moorcroft has been spurring pupils on with their challenge by sharing words of support and encouragement through special videos that have been shown to pupils at Eden Girls’ School.

The school’s community has already completed 2,048km of the challenge, which currently places them in the Ukraine.

Caroline Amos-Wilkins, PE Teacher at Eden Girls’ School, Coventry, said that the challenge had been received with a great deal of enthusiasm by pupils, parents and staff.

She said: “We launched the programme because we are passionate about the Olympic Games and the values that they instil in others.

“Our pupils have really embraced it and it has been wonderful for them to work towards a collective end goal.”

David Moorcroft OBE said that the activity was a great way for pupils to work towards a common objective and to enjoy the benefits of a more active lifestyle.

He said: “It is wonderful that Eden Girls’ School is actively seeking out new ways to inspire its pupils to engage in physical activity.

“This is an imaginative and fun way for the school to encourage pupils back into sport after what has been a turbulent time for many.

“I’ve really enjoyed hearing about pupils’ progress and their enthusiasm for this project has been truly inspiring.”

If you are worried or concerned about your wellbeing, or that of a friend, please click here to contact someone who can help.

Pupils, parents and staff at Eden Girls’ School, Coventry have launched their own ‘bid’ to reach this year’s Olympic games in Tokyo.